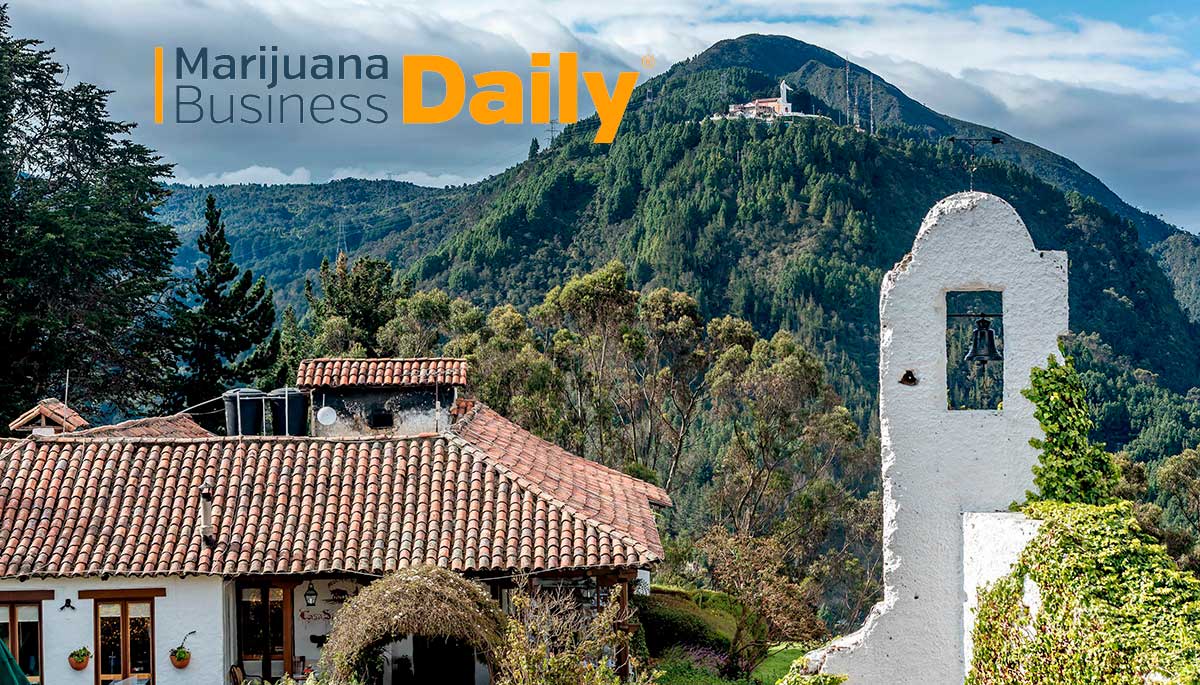 A draft decree in Colombia is in the works that could substantially modify certain aspects of the current medical cannabis framework.

Among other things, the proposed changes would make Colombian medical cannabis companies more competitive internationally by allowing flower to be exported into free trade zones.

Another proposal is aimed at making it easier for small- and medium-sized cultivators to participate in the nation’s legal cannabis industry.

But other proposed changes would impose stricter controls on medical cannabis companies.

One, for example, would require applicants for cultivation licenses to ensure their operations won’t produce fallout for local “ethnic communities.”

The Ministry of Health published the draft for public consultation at the end of May, and the comment period ended in June.

The timeline for the publication of the final version is uncertain.

But those interested in Colombia’s medical cannabis industry should follow this development closely, because some of the proposals would impose significant changes for newcomers and already licensed companies.

Here are some of the potential changes that stand out:

The new decree would allow the exportation of flower into free trade zones for further processing.

Today, manufacturing cannabis extracts in a free trade zone using flower as raw material is not possible unless the cultivation also takes place within the zone.

Moving any product into a free trade zone is considered an export – even if it is technically geographically located within Colombia – and exporting flower isn’t allowed.

This proposed change would create an attractive opportunity for companies that still have not built their manufacturing facilities, which could give them an advantage over companies that already have sunk a lot of capital into their laboratories outside free trade zones.

That is because doing business within a free trade zone comes with financial incentives.

Juan Felipe Mejia, representative of THCG, a late-stage medical cannabis applicant, believes this represents a great opportunity because it substantially
reduces capital expenditures for manufacture inside a free trade zone.

According to Mejía, “most of the equipment for manufacturing needs to be imported, which means normally import taxes are applied (plus a value added tax) of 19%. This won’t be a burden inside free trade zones.”

He welcomes the opportunity this represents for Colombian companies to be more competitive internationally and expects the government will “implement it in a way that doesn’t become a regulatory burden or a disadvantage for those that got into the game early and already have a manufacture license.”

“Being able to move the manufacturing facilities into a free-trade zone should be possible,” Navarro added.

Those currently with a license to cultivate non-psychoactive cannabis – defined as THC less than 1% – and at least one registered cultivar do not need a manufacturing license, nor ask for production quotas, to start producing at scale.

As of June 11, only three companies had at least one fully registered nonpsychoactive cultivar: Clever Leaves, FCM Global and Santa Marta Golden Hemp.

The draft decree would require that those who apply for a nonpsychoactive cultivation license with the purpose of obtaining extracts also must have a manufacturing license.

“The reasoning behind also requiring a manufacture license for the production of nonpsychoactive extracts is to give tools to the National Narcotics Fund (FNE) to control the residual THC in the production process,” Andres Lopez, former head of the FNE, told MJBizDaily.

The draft decree also specifies that a certificate of analysis of every crop would be required to ensure that all harvests remain below the 1% THC limit.

The current legislation mandates that licensed producers must source at least 10% of their cannabis raw materials from small- or medium-sized growers, defined as
those registered cultivators with an area not larger than 5,000 square meters.

Pedro Arenas – a former congressman and co-founder of Viso Mutop, an organization that advocates on behalf of farmworkers, indigenous groups and communities of African descent involved in the production of illicit crops – told MJBizDaily that “most of the communities who were cultivating cannabis prior to the legislation have been unable to enter the legal medical market.”

“This is due to a host of factors, including high barriers to entry and large licensed producers finding legal loopholes to evade their obligation of sourcing plant material from small and medium cultivators,” Arenas said.

The new decree would create stronger ties between licensed producers and small- and medium-sized cultivators to ensure that they are legitimately included in the industry by transferring knowledge and technology to them.

Moreover, applicants for a license would need to certify that no “ethnic communities” are present in the area where they plan to operate – or, if they are present, that a process of previous consultation was done to ensure that the activity won’t have a detrimental impact to any ethnic community.

This means applicants would need to be extra careful when selecting where they operate, paying close attention to the potential social impact.

Certain new measures would be adopted with the objective to have a more rigorous control of the industry, including:

Jose Bitar, CEO of Gaia Health, said he is “happy to read that the government wants to make it harder for speculators.”

Bitar also said he estimates that “the thousand or more applications for licenses pending collapsed the system and the times the government takes to evaluate new applications or even reply to simple modifications submitted by the already licensed companies.”

“Nobody wins from this situation,” he added.

“The vast majority of those who are waiting for their license just want to get a piece of paper to flip it to a well-capitalized investor. Those are not projects that will create jobs and provide products to patients any time soon.”

“But there’s also a significant minority of very serious and valuable applications among those pending a reply from the government, and because the government is overwhelmed, these projects get delayed and Colombia loses a chance to create more value with this industry.”

This is a sign that “the Colombian government has been working hand-in-hand with the industry,” Beltrán said.

This site uses Akismet to reduce spam. Learn how your comment data is processed.